Reading In the Doctor's Waiting Room

The hardest reading we do, or try to do, is in the waiting rooms of doctors and hospitals, when the health of our loved ones may be on the line. Most harrowing is reading about the way our medical system is geared by the big corporations to expand their profits by neglecting the actual care of patients.  It isn't criminal because it's legal, but it symbolic of our national materialistic corruption that it is legal.  Rush Limbaugh and his dittoheads insist that we have the best medical care system in the world, but that just isn't so.

We realize that this isn't so when we look at how our loved ones are being treated, when it then becomes personal.

"I started thinking about health care because of a personal tragedy:  almost five years ago, my father died from a hospital-borne infection he acquired in the intensive care unit of a well-regarded New York hospital. . .But although his death was a deeply personal and unique tragedy for me and my family, my dad was merely one of a hundred thousand Americans who died that year as a result of infections picked up in hospitals.'

"One hundred thousand preventable deaths.  That's more than double the annual number of people killed in car crashes, five times the number murdered, twenty 9/11s.  Each and every year."
--David Goldhill, Catastrophic Care: How American Health Care Killed My Father--And How We Can Fix It.
Posted by Richard L. Pangburn at 7:39 AM No comments:

Walker Percy's novel, The Moviegoer, which won the National Book Award back in 1961, made the observation that people were becoming less authentic: 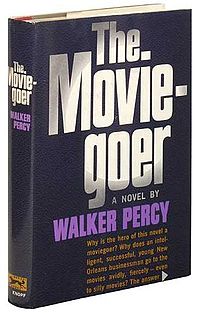 “Other people, so I have read, treasure memorable moments in their lives: the time one climbed the Parthenon at sunrise, the summer night one met a lonely girl in Central Park and achieved with her a sweet and natural relationship, as they say in books. I too once met a girl in Central Park, but it is not much to remember. What I remember is the time John Wayne killed three men with a carbine as he was falling to the dusty street in Stagecoach, and the time the kitten found Orson Welles in the doorway in The Third Man.”

Fifty-some years later, this idea is reprised in the runaway best-seller, Gone Girl by Gillian Flynn, in the following quote:

"We were the first human beings who would never see anything for the first time.  We stare at the wonders of the world, dull-eyed, underwhelmed, Mona Lisa, the Pyramids, the Empire State Building.  Jungle animals on attack, ancient icebergs collapsing, volcanoes erupting.  I can't recall a single amazing thing I have seen firsthand that I didn't immediately reference to a movie or TV show.  A fucking commercial. . .'

"I've literally seen it all, and the worst thing is that the secondhand experience is always better.  The image is crisper, the view is keener, the camera angle and the soundtrack manipulate my emotions in a way reality can't anymore.  I don't know that we are actually human at this point, those of us who are like most of us, who grew up with TV and movies and now the Internet.  If we are betrayed, we know the words to say; when a loved one dies, we know the words to say.  If we want to play the stud or the smart-ass or the fool, we know the words to say.  We are all working from the same dog-eared script.'

"It's a very difficult era in which to be a person, just a real, actual person, instead of a collection personality traits selected from an endless Automat of characters." 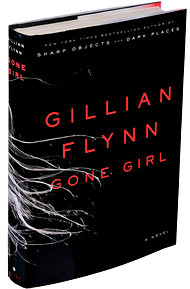 Walker Percy's The Moviegoer is a very good book.  I'd like to say that Gone Girl is an equally good book, but it falls far short of that.  It is an overly-hyped revenge thriller which relies upon the unreliable narrator, sharply written but flawed, lacking a credible and clear distinction between the psychopathic and the normally empathetic and compassionate.  The two protagonists are both insufferable psychopaths.

If they were consistent psychopaths, I might not complain as much.  But the woman who turns out to be a manipulative control freak somehow has no problem giving the last of her $80,000 family trust to her then-alienated husband to open a bar with his twin sister, whom she never liked.   This woman obsessively revenges those who have wronged her, yet there is no talk of revenge against the seedy couple who steal all of her money and leave her stranded.  Those are the most obvious errors and they will doubtlessly fix them in the upcoming Reese Witherspoon movie.  Unlike life, fiction has to make sense.

There are other glaring flaws and inconsistencies.  For openers, the title, Gone Girl, has an absolutely false ring to it considering all the talk about gender issues in here.  Girl is an inappropriate title for a woman in her thirties unless it is meant playfully or ironically--and if that is the case, then The Cool Girl would have been a more aptly ironic title, since the protagonist defines one of her pretended personalities as such:

“That night at the Brooklyn party, I was playing the girl who was in style, the girl a man like Nick wants: the Cool Girl.  Men always say that as the defining compliment, don't they?  She's a cool girl.  Being the Cool Girl means I am a hot, brilliant, funny woman who adores football, poker, dirty jokes, and burping, who plays video games, drinks cheap beer, loves threesomes and anal sex, and jams hot dogs and hamburgers into her mouth like she's hosting the world's biggest culinary gang bang while somehow maintaining a size 2, because Cool Girls are above all hot.”

"Hot and understanding.  Cool Girls never get angry; they only smile in a chagrined, loving manner and let their men do whatever they want.  Go ahead, shit on me, I don’t mind, I’m the Cool Girl.

Men actually think this girl exists. Maybe they’re fooled because so many women are willing to pretend to be this girl. For a long time Cool Girl offended me. I used to see men – friends, coworkers, strangers – giddy over these awful pretender women, and I’d want to sit these men down and calmly say: You are not dating a woman, you are dating a woman who has watched too many movies written by socially awkward men who’d like to believe that this kind of woman exists and might kiss them."

There is a lot of talk in here about women in the tabloid media, cartoonish plays upon Oprah-like TV hosts, Court TV, and such.  Gone Girl is at best a B satire which will probably make a mediocre B movie, despite the talents of Reese Witherspoon.  Too bad they couldn't find a young Liza Minnelli to play the part: 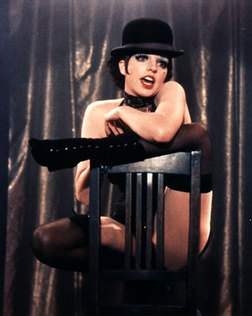